The New York Times is about to abandon their 70,000 strong Facebook group 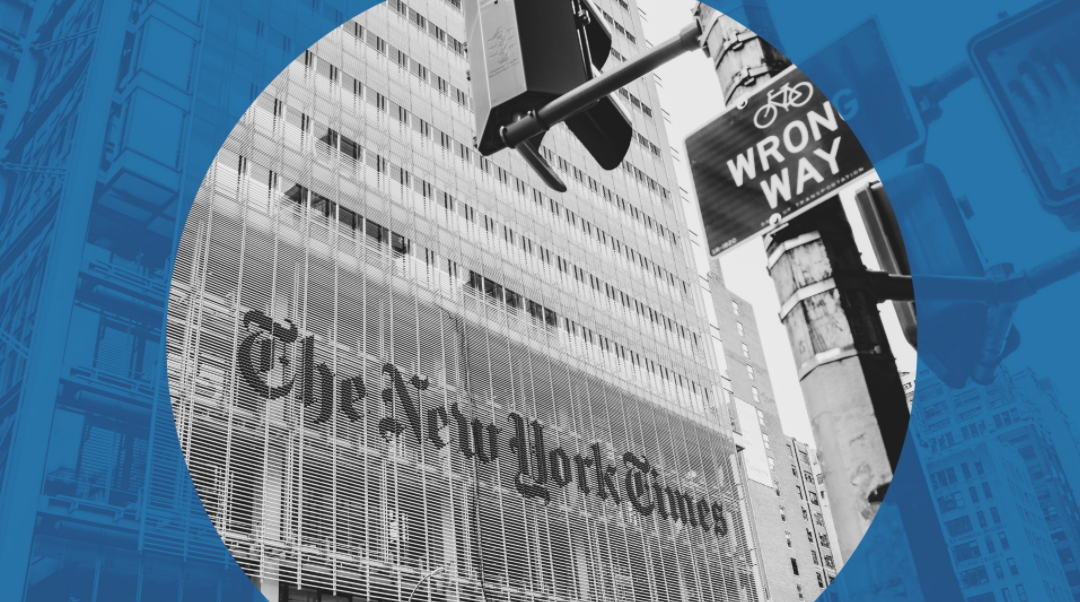 If you get towards the end of the documentary section on Netflix, you find the programs about mega-jails. Sometimes, you get a curious case in which the population has expanded so much that the authorities have to just hand control over to the inmates. They can’t control it, so they let the power-vacuum fill itself. The jail doesn’t stop running, it just operates on a new hierarchical structure, for better or worse.

A similar situation is currently playing out in the New York Times Cooking Facebook group.

The group has over 70,000 members but the New York Times is taking its name off the group and handing control of it over to volunteer moderators. Throwing the keys behind them on the way out, they are abandoning the group and allowing it to run itself, without the backing of their brand.

Why abandon a strong community?

But, what’s strange is that they could moderate this group to drag the conversation back to the original intention. They could also close down the group altogether if needed. Instead, they’re just letting it continue unchecked and washing their hands of it.

Some reports say that the conversation was heating up in terms of content. The group was meant to be a place free of politics and controversy. A group to discuss food and recipes and be a respite from the wider world of news.

But, this rubicon was crossed multiple times. It reached a point where members were spelling out exhalations to vote in food before being removed by the moderators. Then, two camps grew. One that wanted to keep the group purely in the kitchen and not in the polling station, and another pushing back against the censorship.

As social media controversies go, this one is almost painfully first-world. It wouldn’t take much to clarify the rules and remove any posts that were clear violations.

But, there were only four moderators. And these moderators only checked in after-hours, after their full day of working their regular jobs for the NYT.

So, the official line “much more than recipes or The New York Times’ may really mean that the topics and atmosphere became too toxic to be under the umbrella of the NYT official brand and they didn’t want to invest in more moderation or staff to keep it on-brand. The group became problematic thanks to its size and a bit of political touch paper, but wasn’t worth running properly.

Leaving the group to run on its own accord creates a nice distance from any undesirable content. Letting the group continue, rather than closing, doesn’t compromise the elements of the community still engaged with the NYT. Closing the group would also be an admission that the NYT product became uncontrollable and hazardous. Fleeing the group like the site of a reactor leak shows the value of some online communities are barely worth the effort to control.

Social media metrics can be near-worthless

If you ignore the controversy surrounding the group, there is a very important message in the New York Times’s justification for abandoning the group. The group was ‘Not a place where we were going to March people toward NYT cooking’. 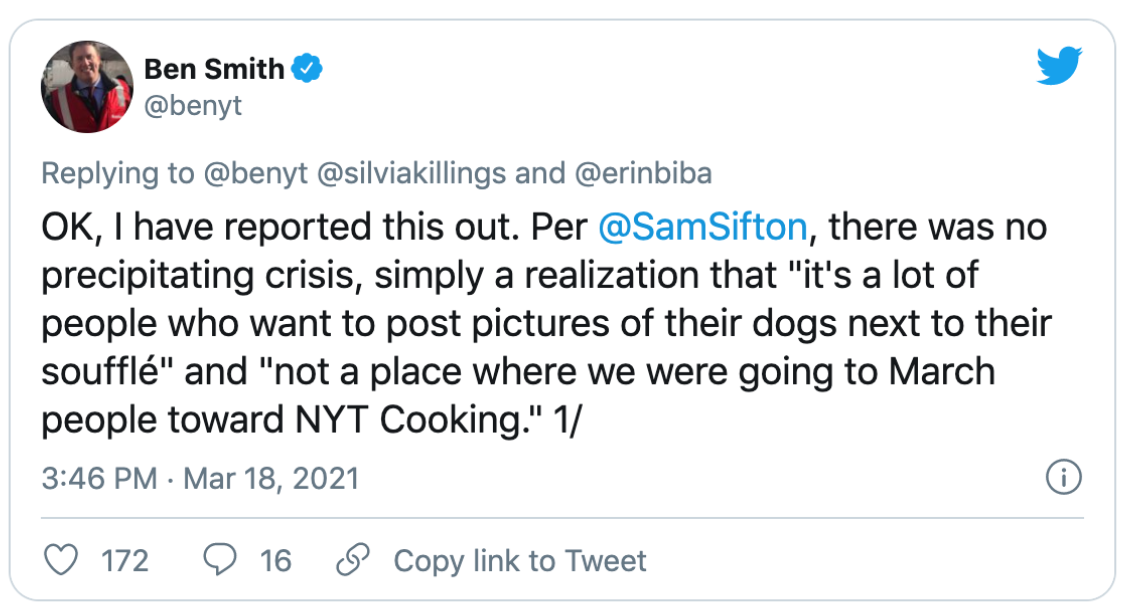 Publishers have been conditioned to strive to grow social media metrics like followers. But if it’s not resulting in more readers on your site, why would publishers work to engage this community on another platform?
They have to work to monetize this audience and get recognition for their content. So, if they have to employ moderators for third-party content, on a third-party platform, that doesn’t deliver results, it makes sense to cut the losses early.

Communities can be assets and liabilities

In addition to the lack of tangible value from the group, leaving a discussion between over 70,000 with four unpaid moderators exposes the brand to ugly associations. Without effective control and moderation, the group could descend into an extreme political shouting match, with controversial positions, insults, and hate — all under the banner image of The New York Times logo.

Digital products give users the right of reply to content, post their own content, and interact with brands more directly. The case of the NYT cooking group shows that, like getting a souffle to rise, success requires a delicate touch.