Google Lighthouse Test V6 - Everything you need to know 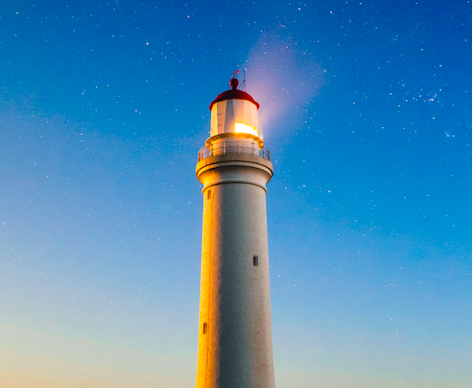 You can say that a good online experience is subjective. Google's lighthouse test wouldn’t.

The Google Lighthouse test measures five key areas of a website’s performance and determines a score. And, like anything set by Google, this performance test is being constantly refined and updated.

Improving the quality of your Lighthouse score means responding to changes and updates in the Lighthouse standards. One of those updates is coming soon as Google is updating its Lighthouse test, with V6 expected to be released in ‘early 2020’.  For publishers concerned that this update will result in a lower score and a drop in SEO, we’re covering everything new and any action you need to take to stay ‘green’ after this update:

Google is updating how they calculate the score and the importance given to different parts of the page load. Based on a Github release, the new weightings are likely to be as follows but are subject to change before the final release.


As well as the weighting changing for how the score is measured, V6 introduces two new metrics that will be measured, Largest Contentful Paint and Total Blocking Time. Making way for these are First Meaningful Paint and First CPU Idle. These changes aim to remove some of the more complex and fallible metrics and simplify the scoring by measuring based on what users see and can interact with.

Replacing First Meaningful Paint, Largest Contentful Paint measures the time taken to render the largest piece of content or element, measured in terms of the size it takes in the viewport. For many websites that will be their hero image or a main block of text. 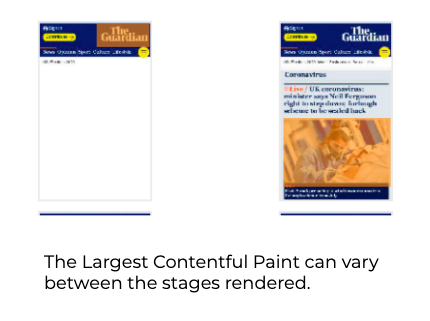 As pages load in stages, what is considered the Largest Contentful Paint can change as more elements load. But after rendering subsequent frames, the browser will dispatch a PerformanceEntry to identify any time the largest contentful element changes. Elements that can be considered a Largest Contentful Paint are:
This is a key stage in the page load because it shows the user two things: the main function of the page and gives a clear, visual indicator that the load is progressing and has not stalled. Google recommends that the Largest Contentful Paint should occur within the first 2.5 seconds for a ‘good’ user experience.
Total Blocking Time
Replacing our old friend First CPU Idle, Total Blocking Time is the time that the main thread is ‘blocked’ between the First Contentful Paint and the Time to Interactive. Simply put it’s the dead zone where a user can see the content but can’t do anything with it. Google defines the main thread as ‘blocked’ when a long task is being performed, defining a long task as any time taken over 50ms.

The limit is set at 50ms because that is the threshold at which a user will notice any lag on the page. In this main thread, any task over 50ms will be Considered a long task.

After the initial 50ms, the user can start to notice the lag where the thread is ‘blocked’ - as shown in red.

This time combined gives us a Total Blocking Time of 260 ms from a total time of 500ms.

Why is Google changing the Lighthouse test?

Well, like Google’s frequent core updates to its search results algorithm, an update doesn’t mean a change in strategy. Google is unequivocal that they want to prioritize better user experiences and this means delivering a working page to the user as fast as possible. With Total Blocking Time given the largest weighting, Google is targeting lag, one of the most frustrating elements of a slow page load.  The downgrade in the notoriously complex speed index demonstrates that this update aims to simplify the process for developers, giving more credence to single, quantifiable improvements. If you are worried that this new weighting is going to result in your score being downgraded, you can use this free tool to see what your score will be in V6.

What publishers have to do:

As always, the priority is to reduce the time it takes to give the user visual content and then make this content interactive. For most publishers, this won’t require any great shift in focus. All publishers should be aiming to eliminate Render Blocking resources and reduce any non-essential Javascript payloads that block the main thread. The same techniques to minimize and compress Javascript as well as prefetching, preloading, and chunking will still have positive impacts on metrics such as Largest Contentful Paint, Time to Interactive, and Total Blocking Time.

Alongside this update, Google has also given developers a new tool to maintain their high scores. Lighthouse CI is a set of commands that make continuously running, asserting, saving, and retrieving Lighthouse results possible at every stage. Lighthouse CI enables developers to get a Lighthouse report alongside every Push Request. It can help to avoid regressions in accessibility, SEO, offline support, and performance best practices and track the performance of Lighthouse scores over time, cutting variance.

The tool also enables developers to compare two site versions for improvements and regressions of individual resources. With this tool and a focus on building faster, usable experiences for the user, publishers can ensure that their Lighthouse scores stay high throughout this update and beyond.
If you’d like to see how you can integrate your monetization, and maintain a great Lighthouse test score, check out our playbook on mastering the mobile web.

Learn to master the mobile web with Marfeel and Admonsters!
Read more